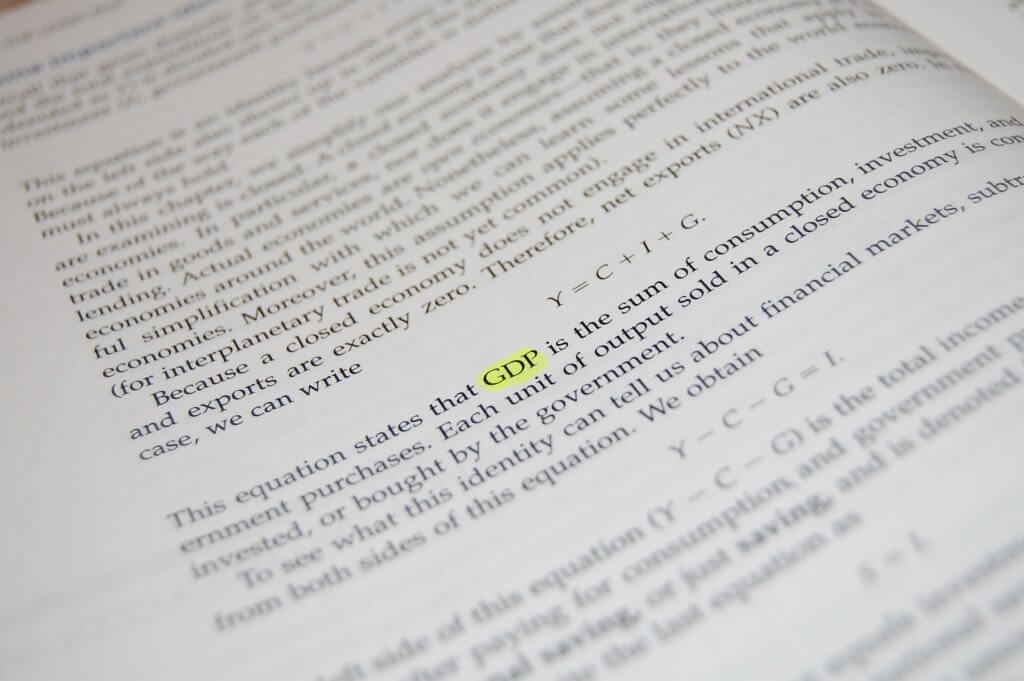 Gross domestic product is arguably the best-known statistic in the contemporary world, and certainly amongst the most powerful. It drives government policy and sets priorities in a variety of vital social fields – from schooling to healthcare. Yet for perhaps the first time since it was invented in the 1930s, this popular icon of economic growth has come to be regarded by a wide range of people as a ‘problem’. After all, does our quality of life really improve when our economy grows 2 or 3 per cent? Can we continue to sacrifice the environment to safeguard a vision of the world based on the illusion of infinite economic growth?1Lorenzo Fioramonti, Gross Domestic Problem, The Politics Behind the World’s Most Powerful Number (London: Zed Books, 2013).

GDP is a bad gauge of material well-being. Time for a fresh approach.2“The trouble with GDP,” The Economist, April 30, 2016.

In contemporary economics, “the Gross domestic product, or GDP, is often considered the best measure of how well the economy is performing.”3Mankiw, 8th, 18. How is the GDP computed? “The gross domestic product (GDP) is the market value of all ﬁnal goods and services produced within an economy in a given period of time.”4Mankiw, 8th ed., 21.

An example in Mankiw’s textbook is as follows:

Note that, in the context of which Mankiw speaks, “final goods and services” has a different meaning from similar terms used in sections above. Oranges may be purchased directly for consumption. In that case, they are final goods and there is final payment, basic expenditure meeting basic demand. However, there are other cases.6When oranges are purchased by a distributor who then sells them to a grocery store, that sale is transitional in a supply chain at the basic level, bringing oranges closer to final sale and entry into the standard of living. If oranges are sold to a company that makes desserts then, again, payment is transitional. In that case, sale of oranges is at a still further remove from the standard of living. Organic compounds obtained from orange peels also go in to the production of insecticides (the use of which can be both basic and surplus), cleaners (The “+” form of limonene is a solvent.) (the use of which can be both basic and surplus), as an additive in the food industry, in cosmetics and perfumes, soaps, fabric conditioners, scented candles, air fresheners, cologne and antimicrobial agents. Orange peel also can be converted into biogas (the use of which can be both basic and surplus). (University of York, “The fragrant compounds of oranges,” https://www.futurelearn.com/courses/everyday-chemistry/0/steps/22301. Accessed April 27, 2019. Applications of biogas include fuel for vehicles, heating, cooking, and electricity production. See, e.g., Rachma Wikandari, Ria Millati, Muhammad Nur Cahyanto and Mohammad J. Taherzadeh, “Biogas Production from Citrus Waste by Membrane Bioreactor,” Membranes (Basel), 4(3) (September 2014): 596-607.) Similar observations apply to the sale of apples.) There are, then, differences in meaning and in referents, including basic and surplus, not distinguished by GDP.

Nevertheless, GDP is supposed to be a measure of how well an economy is performing. Following the example given7See note 5., let’s see what such quantities reveal about how well QC Painting and the shoe store were performing, for the “period of time”8See note 4. (6 days) during which the shoe store was being painted.

The paint job was valued at $2000; and the value of shoes sold during that period of time was $7200. The contribution to the GDP was, then, $9200. But that dollar amount reveals little about how well the two businesses were doing, either individually or working together. One way to see that is to let Q stand for the value of the paint job provided by QC Painting and S stand for the value of shoes sold that week. Then, Q + S = $9200. Numerous pairs satisfy the equation. In whole dollar amounts, the full list in non-negative whole dollar amounts is as follows: (0, 9200), (1, 9199), (2, 9198), … , (9199, 1), (9200, 0). Given that Q + S = $9200, did the QC Painting job cost $0 and the shoe store have a massive boom in sales? At the other extreme, was QC Painting overpricing goods and services while the shoe store sold or charged nothing at all? Was it some combination in between?

Of course, the fundamental flaw is that GDP does not distinguish basic and surplus goods and services.

An objection here might be that the example does not go far enough. In the scenario just described, we ignored costs such as utilities and gas. We also did not include employee incomes and taxes. Personal incomes are used to purchase goods and services, which means that a more complete computation would need to include the values of goods and services purchased with those incomes. It might be observed that the costs of services provided by the financial sector also were not included.

Nevertheless, taking only a few businesses into account does not provide an approximation of “all ﬁnal goods and services produced within an economy.”9See note 4. Introducing more terms adds more degrees of freedom. An equation Q + C + X + Y + Z + ….  = GDP makes the sum that much more remote from any particular enterprise. Also, not differentiating basic and surplus means that even a sequence of GDPs over several periods of time cannot detect differences between, for instance, a surge in capital expansion when there is also a starving population; or large-scale production of basic goods and services while there is crumbling infrastructure; or other combinations.10You may find it useful to identify examples in current practice.

In fact, as current events reveal, climbing GDPs are compatible with social and ecological decline. As is well known, some leading economists are now critical of using the GDP as a measure of economic well-being.11See, e.g., Joseph E. Stiglitz, “Beyond GDP,” Project Syndicate, The World’s Opinion Page (December 3, 2018), https://www.project-syndicate.org/commentary/new-metrics-of-wellbeing-not-just-gdp-by-joseph-e-stiglitz-2018-12. Accessed April 27, 2019. Having worked through sections 1-3 of the present series, you may see that Stiglitz’s reflections and recommendations do not touch on the key correlations and structural issues. Furthermore, including GDP as a contribution to a GPI (Gross Progress Indicator) also does not get to the root of the matter. Despite these efforts, the GDP is still taught in schools and universities and continues to be used to rank domestic economies by size and to allegedly assess how well economies are performing. As the surplus-basic structure reveals, however, the Gross Domestic Product is merely a Gross (Monetary) Volume Element. GDP is no more informative of the health of an economy than a volume of blood is a good measure of the health of an organism.12See also Quinn and Benton, A Very Brief Introduction to Economics’ New Standard Model, sec. 4.1.

There has been some interest in alternative metrics such as a GPI, a “gross progress indicator.”

The GPI indicator takes everything the GDP uses into account, but adds other figures that represent the cost of the negative effects related to economic activity (such as the cost of crime, cost of ozone depletion and cost of resource depletion, among others). The GPI nets the positive and negative results of economic growth to examine whether or not it has benefited people.13Will Kenton (rev.), “Genuine Progress Indicator (GPI),” Investopedia, updated Apr 9, 2018, https://www.investopedia.com/terms/g/gpi.asp. Accessed April 27, 2019.

What are positive and negative results? To what extent can these be measured? How can we benefit people, globally? These questions point to a larger context introduced in section 10.14See also note 14 of Preface to Part II.