7.2      A Closer Look at Rates and Accelerations Due to Innovation

The example in section 7.1 is about wheat. But, of course, as use of the heavy plough spread across Northern Europe, other crop yield rates also increased. In order to make more ploughs, there were increases in activity in supporting trades such as blacksmithing and carpentry, leatherworks, and much else. As mentioned in section 7.0, partly because of there being more food, there were also increases in populations and in urbanization. For the moment, however, we keep a focus on plough production rates and crop yield rates.

Farms were only so big. There were limits to how many acres a farmer and their family could manage, even with the new type of plough. Eventually, the total number of heavy ploughs in use levelled off as did food production.1See Section 7.0, note 2.

We have drawn attention to rates and accelerations in plough production, crop yield and the numbers of heavy ploughs made and available for use. To understand more about the whole process, we now look to sketches of graphs of general trends in pairs of rates and pairs of accelerations2For readers who have not yet studied calculus, at a point on the graph of a rate, the slope of the graph approximates acceleration at that time.. 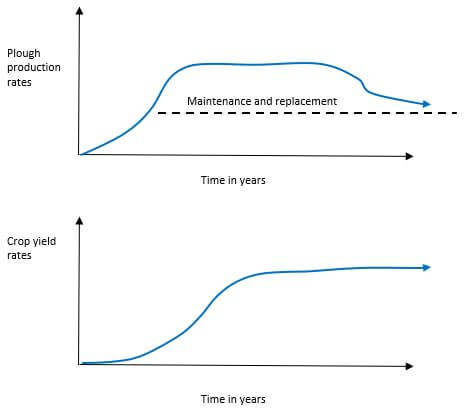 Figure 7.2: Plough production rates and crop yield (production) rates (per year). Time scale is common. There is no vertical scale in the graph. 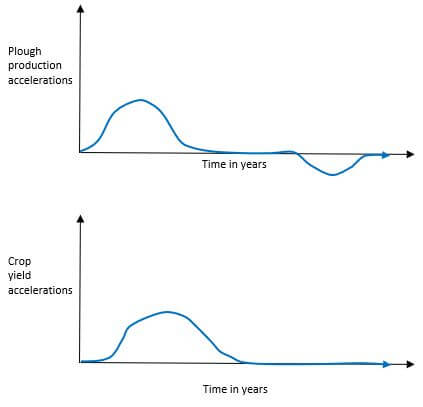 Figure 7.3: Plough production accelerations and crop yield accelerations (per year per year). Time scale is common. There is no vertical scale in the graph. 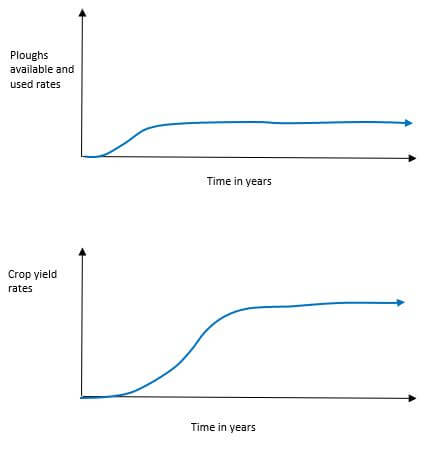 Figure 7.4: Ploughs available and used rates, and crop production rates. Time scale is common. There is no vertical scale in the graph. 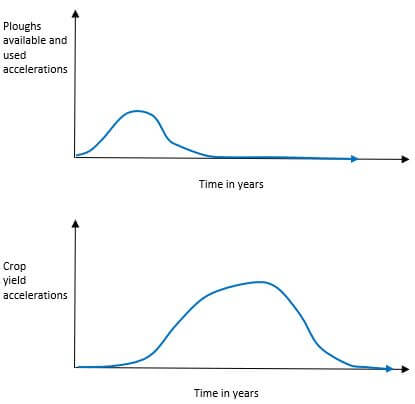 Figure 7.5: Acceleration in the numbers of ploughs made and available for use, and crop production accelerations (per year per year). Time scale is common. There is no vertical scale in the graph.

Figure 7.4 represents a surge in the numbers of ploughs available for use. With a lag, this is followed by a surge in basic production.