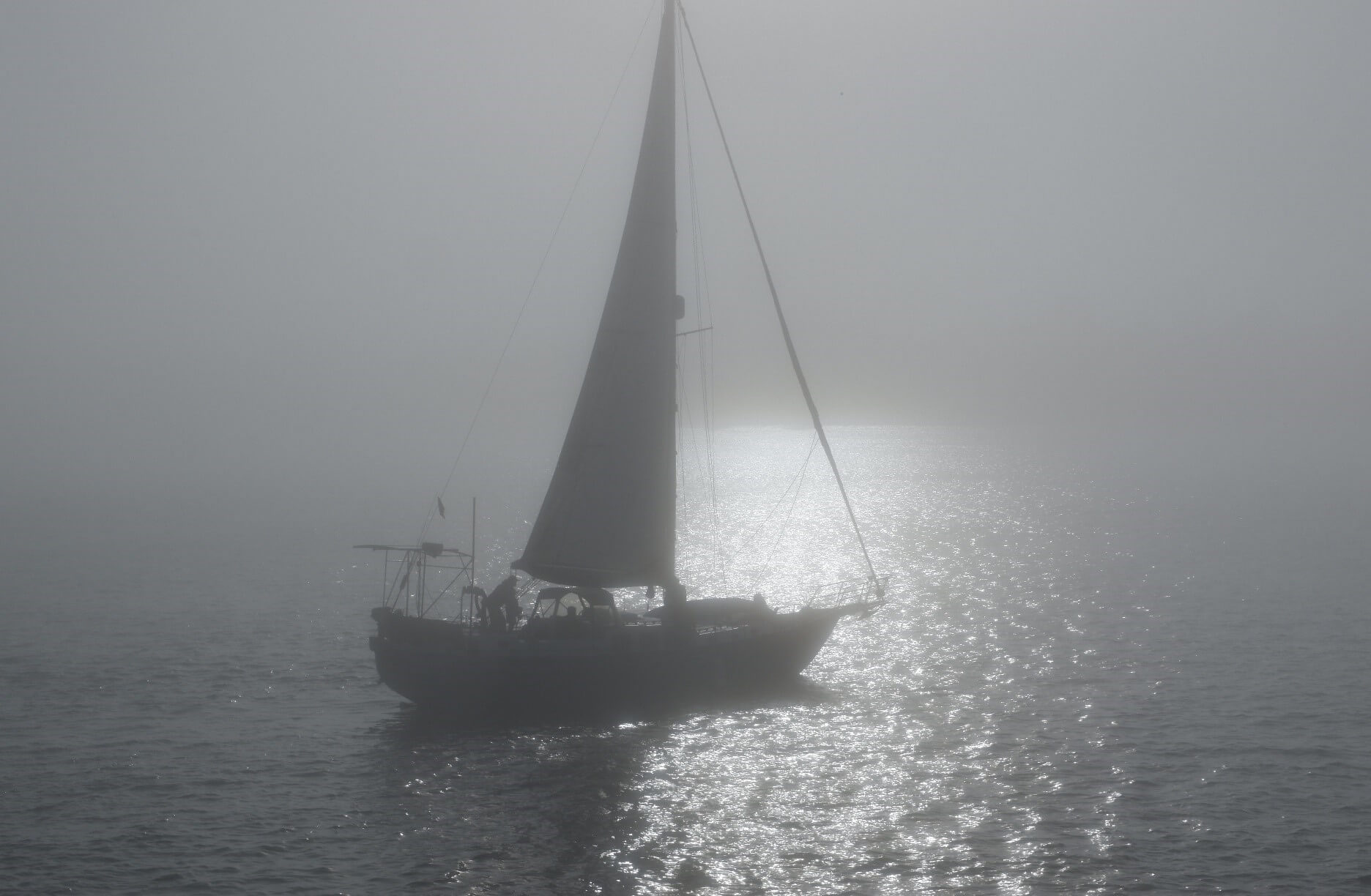 Journeyism1Journeyism originated as a series of short essays about the future of education and global possibility, on the website, Bent On Futurology (www.bentonfuturology.com). introduces futurology2The term, ‘futurology,’ is defined as a “systematic forecasting of the future, especially from present trends in society,” https://languages.oup.com.  In contrast, our approach to futurology is concrete and empirical, and so is neither speculative nor confined by societal trends. to academic communities everywhere by combining a journalistic style with an element of adventure. Its journalistic aim is to popularize without compromise.3Human “meaning not merely differentiates into the realms of common sense, theory, and [critical method], but also acquires the universal immediacy of the mass media and the moulding power of universal education. Never has adequately differentiated consciousness been more difficult to achieve. Never has the need to speak effectively to undifferentiated consciousness been greater” CWL14, 99. We note the emergence and effect of misleading and damaging communications, the reflection of an entrenched convention of inadequate linguistic expression in the academic tradition. Journeyism, in orientation and expression,  departs from this tradition. The element of adventure involves taking a road less traveled.

As such, we present a fusion of journalistic and scholarly writing without implying simplification, to encourage scholars and scientists,4Provisionally, in this book, let the terms ‘scholar’ and ‘scientist’ be assigned their conventional academic meaning. So, ‘scholar’ refers to “a specialist in a particular branch of study, especially the humanities,” and ‘scientist’ refers to “a person who is studying or has expert knowledge of one or more of the natural or physical sciences,” https://languages.oup.com/. These definitions are inherited from an historically fragmented academic landscape. The problem is raised in Journeyism 3, “Taking a Fresh Look at the Philosophy of Science,” and gradually resolved as we work through later chapters. See Journeyism 23. regardless of experience, to work gradually toward the distant goal of “reading on the level of the times.”5Frederick E. Crowe, Lonergan (St. John’s Abbey, Collegeville, MN: The Liturgical Press, 1992), 58, n. 1. The quotation is derived from the statement, “one has to strive to mount to the level of one’s times.” Bernard Lonergan, in the original Preface to Insight, quotes the Spanish philosopher, José Ortega y Gasset.

So, in one way or another, the reader will find our approach to be unconventional and challenging. To obtain the desired result, we recommend undertaking the readings and exercises in the order presented. Depending on one’s temperament, tackling the job effectively could take a year (or more).6“But have [you] got that kind of Zen patience? … ‘Master,’ says the disciple, ‘When shall I reach enlightenment?’ ‘Perhaps in ten years.’ ‘But if I try harder!’ exclaims the disciple. ‘Then perhaps in twenty.’ John Benton, Alessandra Gillis, Philip McShane, Introducing Critical Thinking (Halifax: Axial Publishing, 2006), 26. (Hereafter cited as ICT.)

The book brings your native wonder into focus, to reveal you at your best, in your capacity and need to create and implement practical solutions in your field of study. You are introduced to a new standard model for intellectual labour in the academy, why it is needed and how it will work. We borrow the expression, ‘standard model’ from the realm of physics as a convenient description for ‘respectable performance’ in any field of inquiry.

The Introduction establishes the educational context upon which the book is based.

Journeyism 1 to 8 invites you to reflect on your academic experience and to gather data from your undergraduate field of study. In addition, we invite you to explore the question, “How do you and I think?” to draw out the hiddenness of your thinking process.

Journeyism 17 invites an expansion of horizon on correctly understanding experience with an introduction to theoretical understanding.

Journeyism 18 gives an elementary example of theoretical understanding from the early days of physics with Galileo’s Law of Falling Bodies.

Journeyism 19 to 25 reveals a foundation for future global stewardship,7For an image of Bernard Lonergan’s original “discovery page” from February 1965, see Figure C.1. with a new standard model for the academy, transforming the philosophical tradition and redefining ‘academic discipline.’ Within that framework of chapters, Journeyism 19 reinforces the critical position that ‘reality’ is reached by correctly understanding experience. Journeyism 22 introduces a new standard model, a dynamic and creative organism for an eight-fold, omnidisciplinary, division of labour for sustainable progress in all lines of human inquiry.8We note its emergence on two fronts: first, by its foreshadowing in history, and secondly, by the isomorphism between our two modes of thinking, and the luminously thought-out results of eight specialized tasks of intellectual labour. Journeyism 23 features two up-to-date heuristics that once developed will yield a controlling power to any front-line scholar engaged in either initial or advanced work. As a result, Journeyism 24 and 25 respectively, specify with examples, further implications of generalized empirical method and the new standard model for intellectual growth and academic collaboration.9Appendices A and B provide elementary examples for beginnings in “control of meaning” in statistical method.

Journeyism 26 and 27 anticipate the leavening of intellectual maturity in the future academy.

The Conclusion briefly describes the practical benefits of generalized empirical method and points to Bernard Lonergan’s discovery of the science of economics, and to the new standard model for the academy as foundational to global progress.

Appendix A provides some initial pointers regarding the meaning of ‘probability,’ and an example of (empirical) probabilities of emergence of schemes of recurrence.

Appendix B briefly highlights some of the zones in which it is possible to see that there are, in fact, schemes of recurrence, and that they emerge in history.

Helpful Hints for the Reader

[Of this book, some readers might] say, ‘It is not clear,’ and that is just a polite way of their saying, ‘I do not understand it.’ If they understood it, it would be perfectly clear. They do not understand it yet, and if they are waiting until [the authors] make it clear, they are expecting the impossible. What is needed is an effort on their part to understand. And it is only when they do understand [will they benefit from its reading].10Bernard Lonergan, Phenomenology of Logic: The Boston College Lectures on Mathematical Logic and Existentialism, vol.  18, ed. Philip J. McShane (Toronto: University of Toronto Press, 2001), 107–8. (Hereafter cited as CWL18.)

To support your effort, in addition to the index, footnotes are provided to follow up as needed. To leverage their effectiveness, we employ them as ‘speed bumps’ to mitigate the pace of conventional reading habits, the consequence of which will be addressed along the way. We invite you to pause, frequently, ‘to read yourself reading between the lines.’12Granted, “to read yourself reading between the lines,” is a strange turn of phrase. But its meaning is central to the point of the book and, we hope, will grow to a point for the reader. In many instances, then, the indexed listings and footnotes cross-reference topics compactly introduced in the main text to further complexities treated in greater detail elsewhere. For emphasis, there is the intermittent highlighting of text in bold or italics, and in some instances, repetition of certain footnotes. Again, the effectiveness of these devices will, in large measure, rest upon one’s attitude toward reading on pace with the desire to understand.13In Journeyism 3, a simple illustration of this process recalls, sequentially, the experience of missing the punch line to a joke.